Nothing makes you more optimistic than the news that optimism makes you live longer.

That’s the conclusion of researchers at Yale University and Miami University in Ohio who did a 23-year study to gauge how perceptions of aging affect longevity. They asked 660 50-plus participants to evaluate age-related statements, such as “As you get older, you are less useful.”

People who viewed aging positively lived an average of 7.5 years longer than those who saw it negatively (and, no, those people weren’t Pollyannas in general – researchers isolated feelings related specifically to aging). Becca Levy, Ph.D., who headed the study, says the key to being in the first group is focusing on the good things you’ve gained with age, such as wisdom rather than the bad, such as achy bones.

Also, find older role models – in the media or in your life – with inspiring pursuits, to remind you of the stuff you can do with an extra seven years of life. Ours is 104-yearold beekeeper R. Waldo McBurney. He just wrote his first book, My First 100 Years! We’re optimistic about a sequel. 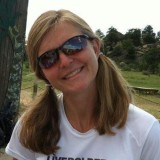